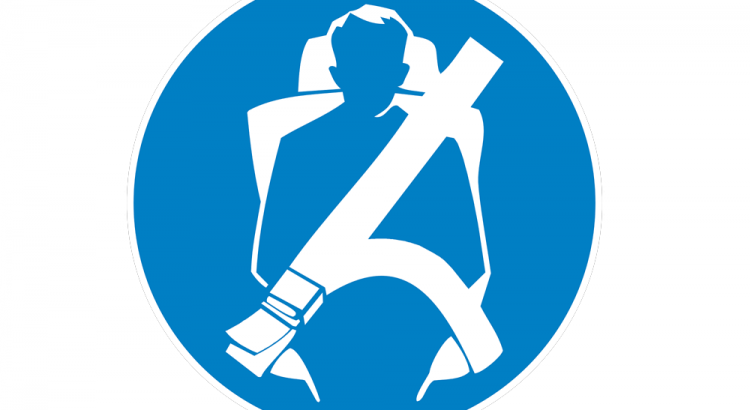 We are staunch supporters of in-car safety but we aren’t able to make our customers wear seatbelts, although we hope they all do. Until this year it has not been mandatory for passengers in the back of the car to buckle-up. 2017 is a year of positive change, we welcome the change.

This blogger has seen children standing in cars with their heads out of the sunroof, fathers with children sitting on their laps as they drive, and mothers supporting babies as they look out of an open front window. The irresponsible behaviour of some of the UAE’s drivers is astounding and dangerous not only to them but also to other road users. It doesn’t matter how good a driver is when other drivers are this bad.

The change in the law penalises drivers for ANY passenger travelling without adequate restraint. Children must wear seatbelts and those under the age of 4 must be seated in a special car seat. The penalty for flouting this law is AED400 and 4 Black Points on the driver’s license. A UAE driver can accumulate 23 Black Points, the 24th being the one that is likely to result in suspension of said licence. Black Points have a validity of one year.

In addition to this excellent news, the law regarding children sitting in the front seat has changed. Historically children had to be 13 years of age but this year a child of 10 can sit in the front as long as they are taller than 145cm. Car window tinting rules have also changed, to permit 50% darkness – which is good news as it will protect passengers from the sun more, but may be counterproductive for those with the task of spotting seat belt-law flouters.

It’s important to understand why seat belts are given so much attention. The truth is that statistics only show a smaller percentage of fatalities could be as a result of a lack of restraints. This study from the US shows statistics from a ten year period and the difference is only up to 10%. And when we look at safety in terms of percentages it’s easy to dismiss such a small number. But, if your husband, wife, child, or friend, found themselves within that 10% range your level of understanding of seat belt importance would increase.

It’s also important to appreciate the service seat belts provide. Not only do they decrease the possibility that a passenger could fly forward during a crash, but they also hold children in place which stops distractions. Any parent will tell you that driving with two or more children in the car can be distracting at best, as toys get thrown, fights break out, and shrieks and shouts are plenty. When looking at the horrific crash images the media displays we can suffer an element of catharsis, sometimes remembering that a child loose in the car can cause non-fatal crashes and fender-benders is worthwhile. A distracted driver is a dangerous driver.

We fully support this change and urge all drivers, not just PayPerKay customers, to wear seat belts. For their safety and ours.