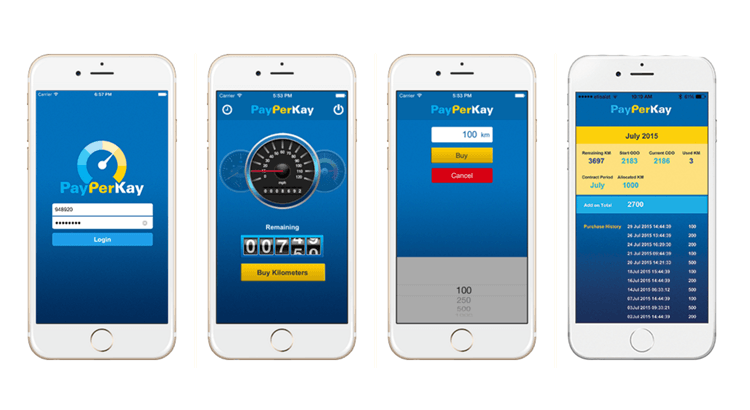 Today I was delivered to PayPerKay. I wasn’t alone, I was one of six new cars. We were all pretty excited. Cars don’t get to chose where they go when they are made so it’s a real adventure when the delivery truck comes to pick us up.

I didn’t know much about PayPerKay and was surprised when they opened my bonnet and started tinkering. Usually the bonnet of a new car doesn’t get opened for months but these guys opened me up right away. They added something to my engine that tracks the distance I drive and then the driver pays to top up kilometers via an app on a phone. I wasn’t the only one, all the cars got one added.

After a quick wash I was placed in a parking area with other cars. Some of them were like me, small and fast, others were bigger. One particular car didn’t look very well. I overheard the mechanics saying it had been misused and they had a lot of work to do to make it go again. This worried me as I hoped to leave the car park soon with a new driver. Who would take me, would they drive me well?

Cars are made to drive and I was made to drive fast. I don’t want to sit in this car park too long. I know that people come and collect cars from PayPerKay often so I’m going to get a good night’s sleep. I want to be fresh for the morning. Tyres crossed!