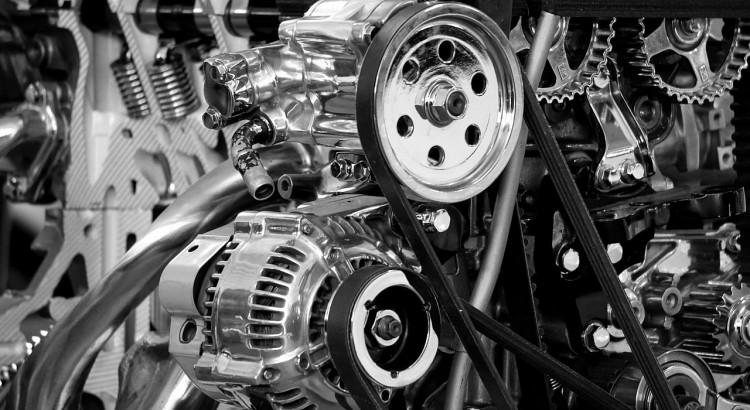 Most cars include the engine size in the name. The VW Golf GTI, 2.0L. The Dodge Challenger 3.6L SXT. The Audi A6 2.8L Quattro, and more. The L stands for Litre (this we know), but litre of what?

The internal combustion engine works with the following principal: Air is sucked in, it is compressed, it is exploded, and it is expelled.

Hang on, let’s put the car in reverse, and look at that in more detail.

The biggest part of the engine is the Engine Block (or Cylinder Block). The more cylinders a car has the more powerful it is (that’s why we know a V8 is faster than a V6 – it’s not just a number for numbers’ sake). In the engine there’s also a combustion chamber. In the combustion chamber the air, the fuel, and the spark meet, to create the electricity to push the pistons up and down. The pistons drive the shaft that’s connected to the wheels. You see how it works?

But what of the L? The L relates to the accumulated size of the cylinders. The bigger the cylinder the more air it can compress. The more air that gets pushed into the combustion chamber the faster the pistons move, and the faster the car moves. A 1L engine will have a total capacity of one litre of space across all its cylinders, the 3.6L Challenger can compress more air and therefore moves faster.

It’s no longer the case that that more L the car has the faster it can go. Fuel economy in modern cars means that a new car with a smaller engine could move faster than an older car with a bigger engine. Trucks also have huge engines. A truck with a 13 litre engine (13L) isn’t going to move as quickly as a 2.0L Golf GTI. But, when comparing like for like, the L can be used as an indication of how much power a car has. The L size descibes how much capacity an engine has to compress air.